TS Entertainment has had successes with groups like B.A.P., Secret, and Sanamoo in the past, and in all likelihood will continue to do so moving forward. But today however I’ve been sold on the idea that another group, TRCNG, will probably be joining that same list at some point too. Maybe it’ll take a year or more but after watching their latest dance practice I’m not sure how it wouldn’t happen. In fact I got a good feeling about them!

This next Gen of Hip-Hop boy groups sure is looking to be an interesting line up. 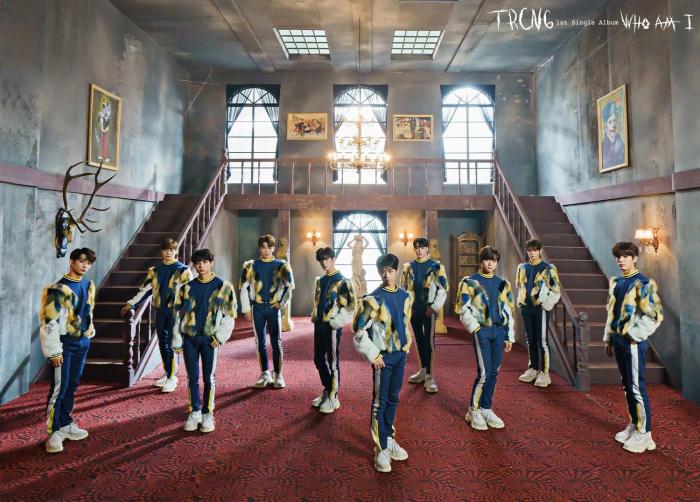 Now for those of you who haven’t checked them out before, no worries. It’s totally understandable for you not to know them yet because they’re still fresh on the scene having debuted only mere months ago. Towards the end of October 2017 if you wanna get more exact.  So yah pretty much they’re all still fresh faced rookies. However the key trait that’s been making them standout and buzz worthy is how straight out the gate their moves have been as sharp and as EXPLOSIVE as they have been. Watching them go you’d think they’d been at this game for years but nope, their ages are barely between 16-18. 😮 Enough to make a person question what they’ve been doing with their life. lol

But before we get into their newest release. I’d like to take a step back and recommend that you check out their Spectrum dance practice as well. When I mentioned this new group to a friend of mine recently she showed that to me and even though I went in with high expectations, I couldn’t help but come out wowed. Thinking about it now I think THAT was one of the more underrated choreos of 2017! SO yeah basically they bring good quality. In fact from the looks of it thus far, all the members have a really good feeling for dance. They’re very in sync, very dynamic in their motions, and with there being 10 members and all, you can expect the position changes to pop too. And with this newest release it’s more of the same with a little extra.

Here they continue to match the intensity of their songs with their choreo yes, but in this case with an added layer! That’s because this time around their new concept bleeds into the moves themselves. What I mean by that is that you see how the song is titled Wolf Baby, well they added some actual wolf like moves to the choreo too and it makes it all the more visually striking. Quite Literally. Like sure I appreciate good choreo to begin with but when any group spices it up with fun concepts I love it even more. In this case, the claw hands and the howling is a nice added touch.

It brings me back to the memories of EXO‘s Wolf which is one of the kpop songs I have imitated the most through the years. 😛 “Geurae wolf, Naega wolf awuuu!~” lol Seriously tho I will likely do the same with this although this doesn’t have as many easy parts to repeat. All I can say for now is “Wolf Wolf Wolf Baby(woof woof woof), I’m a wolf wolf wolf baby(wolf wolf wolf) “😅 At least until I can level up my Korean. 🙂 Then maybe I can try to imitate the part 00:58 seconds in too because it’s simply the best. It’s quite a swaggy looking part and I dare you not to start grooving to the beat there.

P.S. It may be too early to have a definitive bias in this group but Hoyeon I believe is his name, has a really nice rough and raspy rap voice. It matches the tone of the song and also so far he’s the first member whose voice I’m able pick out of the bunch. Look forward to getting more from him particularly.

Well without further ado, here’s the dance practice I’ve been going on about in case you hadn’t checked it out. Like always there’s something oddly satisfying about hearing the footwork in these type of videos don’t cha think?:

and of course here is one of their performances on the music show Music Core too:

BTW before I close this out a fun fact about me, I’m secretly obsessed with wolves. Like if I had a Patronus it would be a wolf. And if it’s between Team Vampires and Team Werewolves, I would choose #TeamWerewolves all day everyday. So I may be especially bias for really digging this. 😛 😆 Just a useless little f.y.i. lol