Will you look at that my peeps, much to my surprise it seems I was recently tagged by the awesome Carina for The Versatile Blogger Award. 🙂 It’s much appreciated.

Hopefully you peeps will now have the time to show her some love and help me in thanking her. By going on a little detour and checking out her blog right after this. I know most of you who follow me do it cuz you’re into Kpop but if you happen to be a foodie, are interested in a bit of travel, and/or are a fan of the arts too by any chance.. I do think you would get a long okey dokey with her. 👌SO by all means please do give her a try at the very least. She’s a great all around lifestyle blogger. 😀

As for the rules for this here thing:

Hmm so I guess this is the point where I gotz to think up seven things about myself… Let’s see where to begin.

1. I know, how’s this for starters, I happen to be a big ol cinephile. It simply means I LOVE love watching movies. You think my K-drama addiction is bad how abouts when I tell you that at one point it wasn’t uncommon for me to go to the theater just about every other day or two. Yup I happened to be a known regular at the Regal Theater here at L.A. Live. I went so much the people there all knew me. 😅😆 Whether it was going with friends, family, or alone, it didn’t matter.

I took much pride in watching just about every new release, even movies I thought would suck. Heck I would even go back to re-watch movies I’d already seen. You might think I’m super cray cray for this but for example, I watched Furious 6( a movie I didn’t even think was all that amzing) a total of 5 times within one week! And also I can remember seeing the movie Rush twice in one day. Yup.

2. Another huge thing about me is that I can’t seem to help wanting to try new things. Due to this over the years I’ve picked up many different activities and hobbies. I’ve gone from playing sports(Volleyball & Soccer), to tying my hand at various instruments(alto sax, violin, electric guitar, piano), learning other languages(French and Japanese), and my curiosity for things only continues to grow more with age. Currently my latest obsession is cooking.

This is all cool because I’ve been able to pick up on a lot of random skill sets but there is one big glaring problem. I never get to really be awesome at any one thing since my mind wonders off way before I can get the chance. And yeah that’s a bummer.

3. Something else that may be of interest is that I use to find it hard to make friends up until the tail end of high school. Why? Get this… people would stay away from me because I use to suffer from what is now commonly referred to as “resting bitch face.” lol I’m 100% dead serious on this. I remember watching an interview where actress Emily Blunt talked about hers. I remember watching and being like, “wait what the hell. that’s what I have!: 😭😆 It took me awhile to “fix” it.

Funny story related to that. There was a girl I had a crush on in 9th grade and to confess to her I actually wrote out this “love letter” I guess you would call it. I had a friend of mine deliver it to her. Which looking back I wanna slap the back of my head for not being more forthcoming and confessing face to face. Or you know what maybe not based on the reaction I got. 😅 Because I did get a reply note back mind you. Although it wasn’t a yes or a no to going out with me, no instead I got a , “wait I thought you didn’t like me” message. Apparently from what she went on to write she thought I would sometimes “mad-dog” her.

For those who don’t know what that term means, pretty much it means to glare at threateningly. Meanwhile nope I was never doing such a thing i swear. In fact that was just my normal face. 😭 Welp couldn’t even dare look at her after that. Don’t worry tho it’s not as bad anymore. lol I now make the conscientious attempt to not look “bitchy.” Haha

4. Ah we get to good ol number four. How about for this one I confess to how I love playing video games even though I tend to be outright terrible at them. It’s true and as a result of this I often prefer story based games or exploration based games were I could turn the difficulty settings all the way down to easy mode. That’s right I ain’t got no shame. 😛 I think the only game series I was ever good at was the Gears of War franchise. For some reason that was the grand exception where I was good at blastin’ some fools. 😛

Other than that I would much rather play things like the Mass Effect Franchise, The Uncharted Series, any of the Pokemon games, or any of the talltale games for that matter. Tho recently if you’ve been following my blog you will know I have been getting into mastering the hard mode on Superstar BTS. But I think that’s a case were my BTS addiction is so overpowering that’s it carrying me and supporting me through. Lol

P.S. the consistency of playing that game is slowly showing some results. I’m not the worse ever anymore. Now if I can at least make it to the Bronze I tier next. 😆 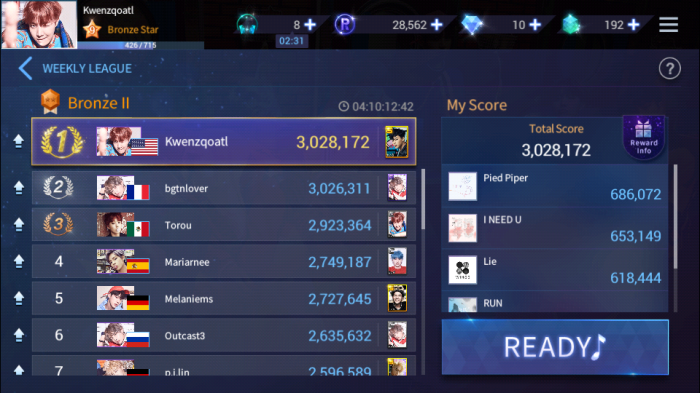 5. How bouts the fact I kinda almost died one time but not really. O_O You see when I was, I wanna say 8yrs old. My family and I were heading someplace which I honestly can’t remember. I imagine we were probably going to the mall or something like that. It doesn’t really matter for the sake of this story. All I know is we were driving on the freeway and it was raining hard. I mean it was seriously pouring and because of this the cars were going a bit slower as you would expect them too.

However some dude clearly didn’t get the memo and sped right past us in the next lane over. Except he didn’t get far before he lost control because of the wet road and began swerving in circles. Until he began swerving right into OUR lane. Which meant our car suddenly found itself on a sudden collision course heading right toward it. Luckily my uncle didn’t panic and just slam on his brakes because then I think we would have lost control too. And then who knows how bad it coulda been. Instead he tried to brake as fast but as safely as he could and tried to get ou the way. Man did it look like we were about to really ram into that other car THO.

Luckily he was able to swerve left enough and the car still spinning in circles managed to move right enough that there wasn’t an impact between the two. However I remember hearing my mom clear as day hollering that we were all about to die. Probs not something a mom should yell out when their kid is heavily freaking out in retrospect, but you gotta give her a break because she must have been freaking out too. Due to this event it took me a good year or two to really wanna get back on a freeway.

6. But enough talk about downer stories from the past. Let’s take a moment to talk about the future. We have entered a new year after all. This is now 2018 baby! It means we should be focusing on our new years resolutions going forward. And mine is to continue off last year’s which was to get fit.

More specifically I wanna get some of them  six pack abs. To do this I’m thinkin’ of starting some sort of weight loss challenge in the near future. Not sure what yet but it’ll probs focus on dietary changes. Because I already feel I got enough muscle and it’s really the little extra layer of fat I gotta cut. Like 10-maybe-15 lbs worth. Would any of you wanna do a challenge with me?

7. And lastly to close this out, how about I talk about why I started this blog in the first place. You might think it was mainly to share my passion for Kdramas and Kpop and yeah you wouldn’t be totally wrong for thinking that. But actually it was to work on my writing because that has always been one of my greatest weaknesses.

Have I gotten better yet? Yeah I’d like to think so but I clearly have more room to grow. Which I take to mean I gotta write even more posts and strive for each one to be better than the last. 😀

Well that’s it I guess all that’s left to do is:

Swinging On a Star

BTW don’t feel forced to do this. If you’re busy and wanna skip out on it I understand. No worries. 🙂 On that note I’ll see you all next time.