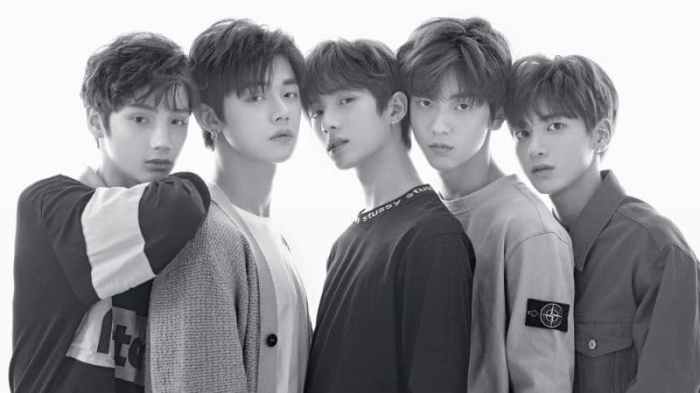 With only about 4 days worth of tracking TXT apparently has managed to achieve an incredible feat. The boys have already managed to land themselves a spot on the legendary Billboard 200 chart. Yes ladies and gentlemen a rookie group has done exactly THAT.

The boys have managed to came in at #140 with their debut EP The Dream Chapter: Star.

According to Nielsen Music the boys did this by reaching a total of 7,000 equivalent album units in the US. 4,000 of which were traditional album sales.

But as if that wasn’t enough for you….

a couple of other achievements have also been made

Meanwhile on the World Digital Song Sales Chart, their single Crown debuted at #1, followed by Blue Orangeade at #10, with Cat & Dog at #14 and Our Summer at #17.

Talk about an applause worthy debut. Folks expected big and BIG they got. If you ask me, TXT should be considering purchasing a bag right about now…

But anywho let me know your thoughts on this down below. Are you scared by the immediate success of this group? Are you excited by it? or is it a bit of both? Feel free to share.