It seems whenever I tell someone I like Japanese music the first thing that usually comes to mind is, “oh he must be into that cute anime shizz.” Or a close second, “he must like that overly cute and zany bubblegum type of pop. The kind you often see those reactors react to some times.” Even among some of today’s kpop fans this kind of reaction hasn’t been that out of the norm for me to come across. Which is why today I set some time aside to share some of what I actually listen to, because big shocker, my playlist couldn’t be anymore different from that.

Now don’t get me wrong if you like Bubblegum pop, anime music, groups where they be having 50 some odd people in them, cute girls groups where they dress like high school girls, etc., there is absolutely nothing wrong with that. Do you and be proud of it I say. No actually my only goal today if anything is to expand on those things by showing the other side of the coin. To let people to know there is even more options out there to explore if you so choose.

So with that out the way I do hope you at least find something mildly interesting among my picks. Now onto the playlist. 🙂 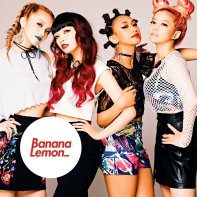 And for us to begin today I can’t think of anything better than Faky‘s Better With You. Why? Well because even though I just went on that spiel about being different I think for starting a list like this off you may still want something somewhat recognizable naw? You know something at least a little familiar at the start to ease in to, and I think this little quintessential dance track can do just that.

I can be wrong on this but, no matter from what part of the world you are I feel like a good dance track can be most universal.  and this bop certainly delivers that banger type of beat just about anyone would want and that you would hear at a club near you. Also, if you happen to be into kpop(which let’s be real you probs are if you follow my blog 😛 ) an added plus of this song/video is it’s got a similar feel and flow you will probs already be use to. Since this group kind of reminds me, and maybe will remind you too, a bit of T-ARA. Though I mainly say that due the use of EDM(There is a plenty of it here)

Either way even with out any comparisons or knowing what is being said I’m sure most of you will feel the need groove to it and that’s all that really matters at the end of the day.  It’s got mad hype like I said and it’s got  surprisingly killer vocals for a song of this nature. It’s one of those that could easily fall back and just rely on the beat but ends up being more interesting than that.

In addition some quick props to the editor because the editing in this really matches the fast beats but in a way where the cuts surprisingly don’t feel too fast or over abundant.

FAKY / Better Without You

Moving along I’d now like to now introduce you to a group called BananaLemon. Now this next group I want to showcase for a different reason.  Unlike the previous group that had more of  what I would call a “rebellious youthful charm,” I feel like the strong points with this one is kind of the opposite. What originally attracted me to these girls is that for me they seem to ooze this stronger much more mature kind of vibe.

Again if I were to lets say compare them to a kpop group(i know comparing is bad) just for a sec, based solely on this song, I would say they give more of a MAMAMOO sort of feel.  I think it’s self apparent why. i don’t JUST say it because of their more mature looks. yes they nail the seductiveness but more importantly, they seem to pull of those soulful kind of vocals.

These are the J-Queens of Power Vocals.

P.S. the rap at around 1:48 is quite legit. It’s short but that deep sort of rap voice is among my fave type of rap voices. waaah just with it was longer.

This group is all around charismatic. They are sexy but it mostly stems from their confidence.

BananaLemon ‘LOOK AT ME, LOOK AT ME’

Next we get into the rap portion.  As you all know my fave genre has slowly become rap, so of course if I’m gonna be listening to music from Japan I’m gonna be looking for that particular genre there too. Well I’m glad to say I’ve been able to find some good lit people. One such person in particular that has stuck out to me in recent days is Yayoi Daimon. Why? In short, cuz she be getting it.

I think I’ve mentioned it before, I always be falling hard for the bad girls. and lets just say it’ll be near impossible to find a girl in japan with more swagger and attitude than her. She’s the kind of girl that knows what she wants and has the confidence to go for it or just outright take it.  Furthermore I think she spits fire and more importantly I’m amazed by how she pushes the envelop. 🤔

Her MVs are the kind of stuff you would expect more from western rappers. Take a look.

p.s. let me take a moment to give her stylists some props too. The clothing choices, the hairstyles, the dark lipstick, and big hoop earings brought me flashbacks to the 90s-oos chola/chicana looks I use to love so much. haha

Probs safe to say she is inspired by Nicki, Iggy, Cardi, and the likes of them. lol

Then to follow up on that we stay on the hip-hop train this time to meet a hip-hop unit. Yah I said unit. Not 1, not 2, but 3 girls in this group. From my understanding they are part of a bigger idol group called E-Girls. I haven’t checked them out but I probs will eventually because I like this song.

I’m recommending this one because man just the the way the beat pops off. It uses this cool “asian instrumental” inspired beat that you don’t see often enough of in rap. Which is why I wanna share in particular. Also the overall production/direction is actually pretty good for a video with a pulled back budget. The editing and weird filters make it pop. Shizz gets kind of trippy and despite not a lot actually going on, it flows.

Plus the color grading is cool. It’s like got a bunch of colors but yet at the same time doesn’t feel colorful.

Ultimately everything gives this a down and dirty street kind of feel which I like. Like these girls are your traditional type of idols but you wouldn’t know watching this. This feels like something released by an underground group.

Then again moving forward we take a small break with something different. Much different. lol Of course my main things in the music world are songs that are turnt up, got edge, and make you wanna go clubbin, however, I do appreciate something with a good story too…. No seriously I Do! 😛  And that is what we got here. In particular a good “girls love” story.

This showed up on my recommended section a couple days ago and I’ll admit the thumbnail peaked my interest. Little did I know I was about to be in for a “feelz trip” though. You would think it be a cute slice of life from the thumbnail. In fact what you get instead is an amazing 7 minute MV Drama. One just as intriguing as any regular full length drama out there.

It’s got a solid beginning, middle, and end. It finds time to let scenes breath, have characters develop, and have conflict in so little time! And oh is there sad conflict.

My only complaint is why do these type of stories always have to be so darn tragic. Who ever was in charge of this production knew what they were doing. Showing you the drawing progress throughout the entire song only to have it ruined in such a heart breaking fashion. and that ending…that ending… 😥

Anyways let’s not be depressed and move on shall we.

Finally we get to Chanmina. Hopefully you remember that I’ve talked about her before. She was one of the very first Japanese rappers I ever ran into so she holds a special place in my heart. The things that really draw me to her is that she really puts thoughts into her lyrics, as she write them herself. As well as how she is able to sing pretty good in addition to rapping.

If I ever expressed my type of girl it would describe her to a T. A badass with a beautiful brain.

P.S. this song itself has some interesting social commentary in it. For example it talks about how society has become about following trends and people are loosing their uniqueness. Pretty much becoming mindless drones. And how if everyone is too busy being a follower then the world is just gonna end up a boring place.

and here is a song that’s completely different in structure and feeling yet complimentary so I want to add it too. one of my most fave of hers. 🙂 It shows how she can get you riled up and feeling turnt with a song one second ,but next thing you know, in another song you are experiencing strong feelz. In this song it goes back to themes of individuality/sticking out. I think a huge reason for me liking her is how self-reflective she can be.

Her journey to self love in this song truly is a thing of beauty.

Welp, there you have it folks. Was this at all interesting? Did you find a good song or two? let me know. I may do this again sometime in the future. I got lots of other songs I’d like to share that aren’t your traditional bubblegum pop either. Anywho until next time. Bye Bye.

17 thoughts on “Japanese Songs You Should Listen To”